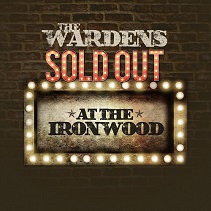 Thousand Rescues - In combination with our song "Thousand Rescues", we use archival footage and a style inspired by that great show "Pop-up Video" to explore the life of legendary climber and rescue warden Tim Auger. You'll want to watch this video more than once as there's a lot going on! From the album Sold Out at the Ironwood.

Shining Mountains - Glaciers are melting faster than ever, species are disappearing before our eyes, floods and fires are more ferocious - it's hard not to let these dramatic changes get you down. Sometimes you wake up, go outside, take a breath and remember that it's all worth protecting. From the album Sold Out at the Ironwood.

Coming Home - Most national park wardens go home at the end of their two-week horseback patrols in the Canadian Rockies. For Frank Burstrom, it's the exact opposite. For the third generation park warden from Jasper, whenever he heads into the wilderness, he's going home to master the art of solitude. From the album Sold Out at the Ironwood.

Across the River - Our great western rivers start high in the mountains and flow across vast landscapes to the ocean. They can be pathways to discovery, but they also separate us from people we love — at least until winter settles in.

This song was nominated for 2018 Folk Recording of the Year. From the album Sleeping Buffalo.

Suicide Bridle - We get a lot of people wondering if our stories are included on our CDs. We don't include them on our recordings because we've always felt that to get the full effect of our stories you need to hear them live in the true oral tradition. Here's a taste of what it's like in our live experience at a show in 2018 at the Calgary Folk Music Club. From the album Sleeping Buffalo.

War(den) Bride - A couple years ago we stopped in for a visit with Dorothy Carleton to hear the story of her transformation from War Bride to Warden Bride. From the album Bear 66.